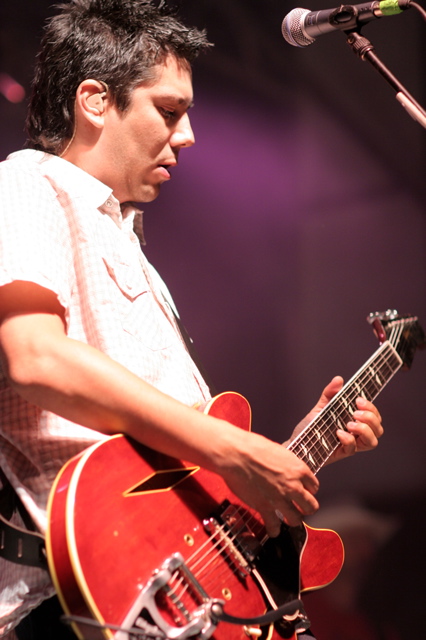 Multiple Juno Award-winner Dave Genn is a songwriter, producer, multi-instrumentalist and performer whose musical pedigree boasts a diversity and scope that spans over twenty-five years in the business. Since 2003 he has been the lead guitarist for Canadian alt-rock heroes 54-40.  Prior to his tenure with 54-40 he was a member of the Matthew Good Band, from 1995 until 2001.

Dave’s soundtrack work for film has garnered him three Leo Award nominations to date. His notable scores for the short films 'Direct Lines' (1995), 'Second Date' (1999), 'The Dogwalker' (2003), and 'The Flying Lion' (2007) have led him to compose the original soundtrack for the feature film 'Old Stock' in 2013. Directed by his brother James Genn, 'Old Stock' was produced in conjunction with the Canadian Film Centre, distributed by E1 Entertainment and received glowing critical reviews throughout it’s theatrical release and tour of the film festival circuit. Dave contributed score for the National Geographic documentary 'Yukonna' in 1998, and more recently has written and produced three exclusive original songs for the CAPCOM video game title 'Dead Rising 3', released Christmas 2013. He has acted in the capacity of Musical Director for award shows as well, most notably the NHL Awards ’07 and Canadian Video Game Awards 2012.